Last Wednesday I was in the little town of Monmouth in
western Illinois speaking to a group of faculty and students about food and
faith. Monmouth College has a community garden which supplies produce to their
food service as well as to the local farmer’s market. They also have a small
farm to experiment with crops, and a high school

program sponsored by Lilly every summer on food security and faith. It was a stimulating conversation and I was grateful to get to know them.

Sunday I
preached on Genesis 9:8-17 at a small town church about 35 miles from home. I
had never preached an environmental sermon at that church before, but was amazed
and pleased at the response. Sometimes I underestimate the connections with
nature that people in more rural areas have. This afternoon I am speaking in a
class called “The Bible and the Environment” at Campbellsville University. Next
month I’ll go to Washington D.C. for several speaking events.

The news
continues to offer warnings that if we don’t tackle our carbon output in the
next dozen years the consequences will be severe. Now that most Americans
finally seem to believe that climate change is a threat to us, I hope as a
nation we will find a way to agree on an effective and shovel ready solution. Sunday
afternoon Don and I attended a start-up meeting of a local Citizens’ Climate Lobby
chapter. This is a well-organized movement that advocates for a national
fee-and-dividend solution. Their bipartisan bill is now in congress, H.R. 763,
the “Energy
Innovation and Carbon Dividend Act.” It is intended to drive down carbon
pollution while also preserving human health and stimulating the economy.

In the
meantime, I said I would describe the net-zero (we hope) house that Don and I
are having built. It was designed byTed Clifton,
a builder on the west coast whose zero-energy homes have set standards in
building efficiency. I especially like the video at the bottom of his home page
that explains “the twelve essential steps to net zero energy.” I’ll supply
details of how our house coheres with this plan in upcoming posts, in the meantime,
here is our checklist: 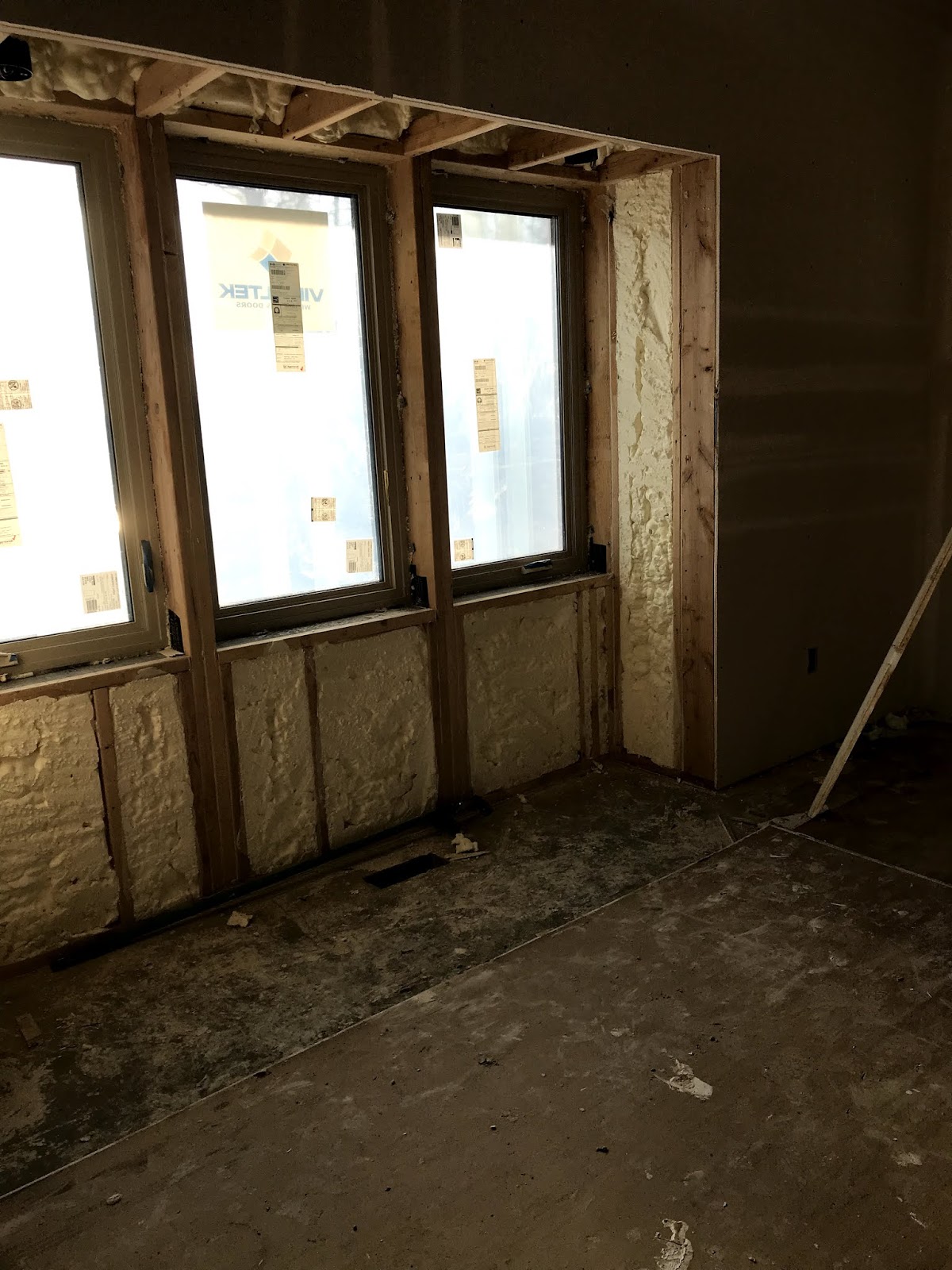 In this not so beautiful photo taken just before drywall, you can see the casement windows on a southwest-facing window seat, with the spray-foam insulation under and around.

You can also make out the concrete floor, which is now being covered with oak flooring.